Democrats are in control of the Senate. But Sen. Ron Johnson is still leading the Homeland Security Committee, even though he’s term-limited and in the minority.

It’s the latest complication of the 50-50 Senate split.

“I’m still chairman,” the Wisconsin Republican said this week. “They haven’t hung my picture in the cloakroom yet so that’s a sign I guess.”

As Senate Majority Leader Chuck Schumer and Senate Minority Leader Mitch McConnell negotiate a power sharing agreement for a 50-50 Senate, committee assignments are still up in the air. That means that Republicans like Johnson are, for now, holding hearings and markups for President Joe Biden’s Cabinet nominees, even though Democrats are in charge of the Senate floor.

Johnson, who will eventually hand over the top GOP slot to Sen. Rob Portman (R-Ohio), said that his committee will hold a meeting next week on Biden’s pick to lead the Department of Homeland Security, Alejandro Mayorkas. Mayorkas is facing resistance from Republicans and could be stuck in committee if he doesn’t receive enough GOP support. 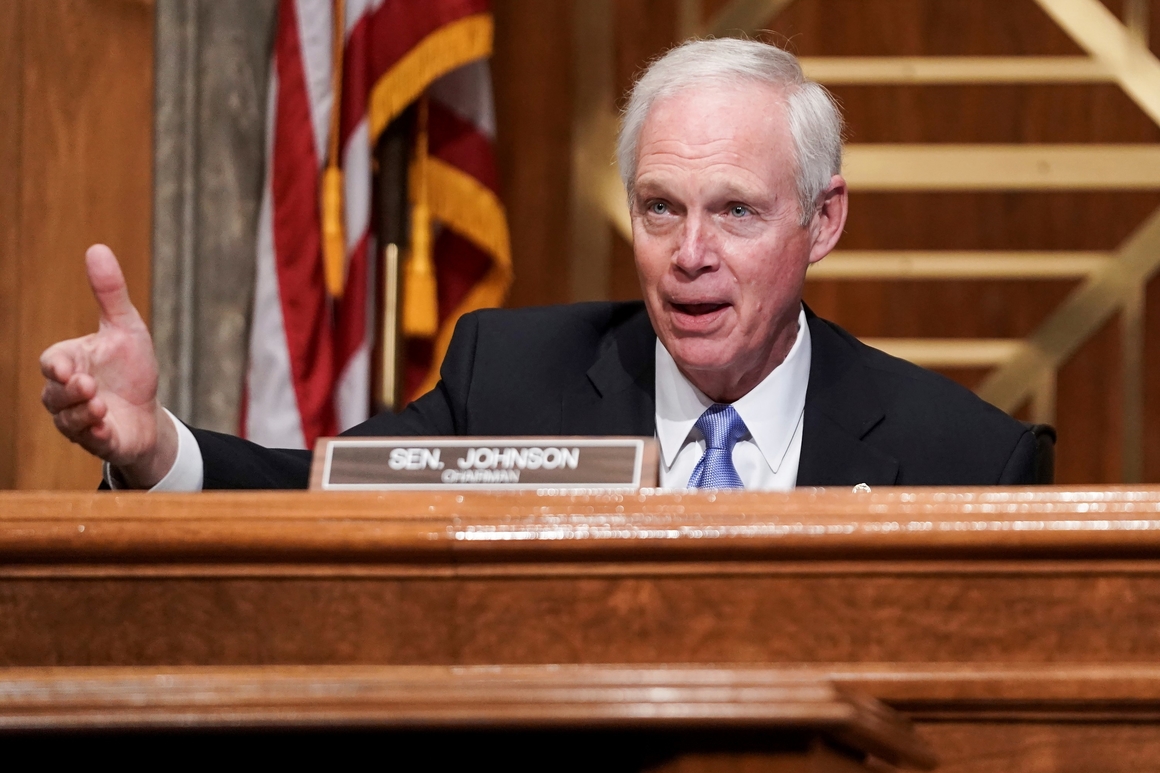 In interviews this week, several senators laughed when asked who held the committee gavel.

Senate Majority Whip Dick Durbin (D-Ill.), who is set to take the helm of the Judiciary Committee, said that right now “it could be one of three people,” who is in charge. It’s either him, Sen. Lindsey Graham (R-S.C.) who previously chaired the committee or Sen. Chuck Grassley (R-Iowa) who is slated to return as the top Republican in the new Congress.

A spokesperson for Grassley said that the Iowa Republican is still the chair of the Finance Committee.

Sen. Jack Reed (D-R.I.), the top Democrat on the Armed Services panel, is still calling Sen. Jim Inhofe (R-Okla.) the chair of the committee even though Reed will eventually take that position. And Sen. Jim Risch (R-Idaho), the top Republican on the Senate Foreign Relations Committee, referred questions about the status of his chairmanship to leadership.

Risch, however, added that the negotiations over the power sharing agreement, known as an organizing resolution, are “not affecting anything” on his committee and that he’s working with Sen. Bob Menendez (D-N.J.), the top Democrat, to confirm Biden’s secretary of State nominee, Antony Blinken.

Negotiations between Schumer and McConnell over the organizing resolution are already hitting a snag. McConnell is calling for the resolution to include protections for the legislative filibuster, which Democrats are rejecting. And the talks are occurring as the Senate is preparing to hold a second impeachment trial for former President Donald Trump.

During floor remarks Friday, Schumer said that McConnell was making an “extraneous demand that would place additional constraints on the majority” and argued that the Senate should instead use the same power-sharing agreement as the last 50-50 Senate in 2001. McConnell countered that in 2001 “there wasn’t a need to reaffirm the basic standing rules that govern legislation in the Senate” because it was “safely assumed that no majority would break this rule for short-term gain.”

The 2001 agreement between then-Senate leaders Trent Lott and Tom Daschle came at a time when the Senate was far less polarized. Even that took weeks to negotiate after the November election. But it was finalized before then President-elect George W. Bush took office and there was also no switch in party control.

“This could go on for a while but it’s got to get resolved or it’s going to start short-circuiting a lot of what happens here including their agenda,” Thune said.

In addition, the longer the delay, the less likely the Senate will act soon on a coronavirus relief package, a top priority for Biden and Democrats. Biden’s initial proposal is already facing resistance from Republicans and Democrats aren’t likely to hold hearings on it until the committee ratios are settled.

The impasse over the resolution also means that the 10 new senators will need to wait for their committee assignments.

“For new members, they are eager to report back to their constituents what their committees are and they can’t do that,” said Sen. Chris Murphy (D-Conn.). “That’s obviously very frustrating.”

The new members insist that they’re keeping busy crafting legislation and say they are confident they’ll see their assignments soon.

“It does seem it will be 50-50 on committees and then we’ll get the committee assignments,” said freshman Sen. Mark Kelly (D-Ariz.). “Unlike a lot of the folks in my class, I’ve been here for a little longer, six weeks. But that’s OK, I’m a patient person.”

Patience, however, could wear thin if the talks go for much longer. After six years in the minority and winning control of Washington, D.C., for the first time in a decade, Democrats are eager to get going on their agenda.

“Things are on hold,” Durbin said. “I’ve got a lot of things I want to do … I want to get started on immigration. Everybody’s talking about immigration and I’m thinking this is our committee. We ought to be moving on it.”