The schedule was initially intended to accommodate a request from one of Trump’s lawyers, David Schoen, an observant Jew who told Senate leaders that he would not work from sundown Friday through Saturday.

Under the initial agreement, the trial would have paused over the Sabbath and resumed on Sunday afternoon. But late Monday, Schoen informed Senate leaders that he was withdrawing that request due to concerns about unnecessarily delaying the proceedings.

“I will not participate [in the trial] during the Sabbath; but the role I would have played will be fully covered to the satisfaction of the defense team,” Schoen wrote.

As a result, Senate leaders are likely to update the trial’s organizing resolution before the full chamber adopts it on Tuesday, according to a person familiar with the planning.

Senators from both parties are aiming for a swift trial that lasts around a week. The proceedings will officially kick off on Tuesday, less than a month after the House impeached Trump in a bipartisan vote for his role in inciting the insurrection at the Capitol on Jan. 6.

“All parties have agreed to a structure that will ensure a fair and honest Senate impeachment trial of the former president,” Schumer said.

The agreement between Schumer and Senate Minority Leader Mitch McConnell, in conjunction with the House impeachment managers and Trump’s lawyers, will allow up to four hours of arguments on Tuesday about the constitutionality of putting a former president on trial. The Senate will then vote on whether the trial is constitutional.

The vast majority of the Senate GOP conference, 45 out of 50, previously voted for a motion declaring that the Senate has no constitutional jurisdiction over an ex-president. That argument is expected to be a key theme of Trump’s defense, but the Senate is likely to uphold the trial’s constitutionality.

Beginning on Wednesday, each side will have up to 16 hours to lay out their case, spread out over two days per side. Senators will then have four hours to pose questions to the House managers and Trump’s attorneys.

The agreement also allows for the House managers to ask for a debate and subsequent votes on whether to call witnesses — a provision specifically requested by the managers, Schumer said. Later, each side will have two hours to present closing arguments. 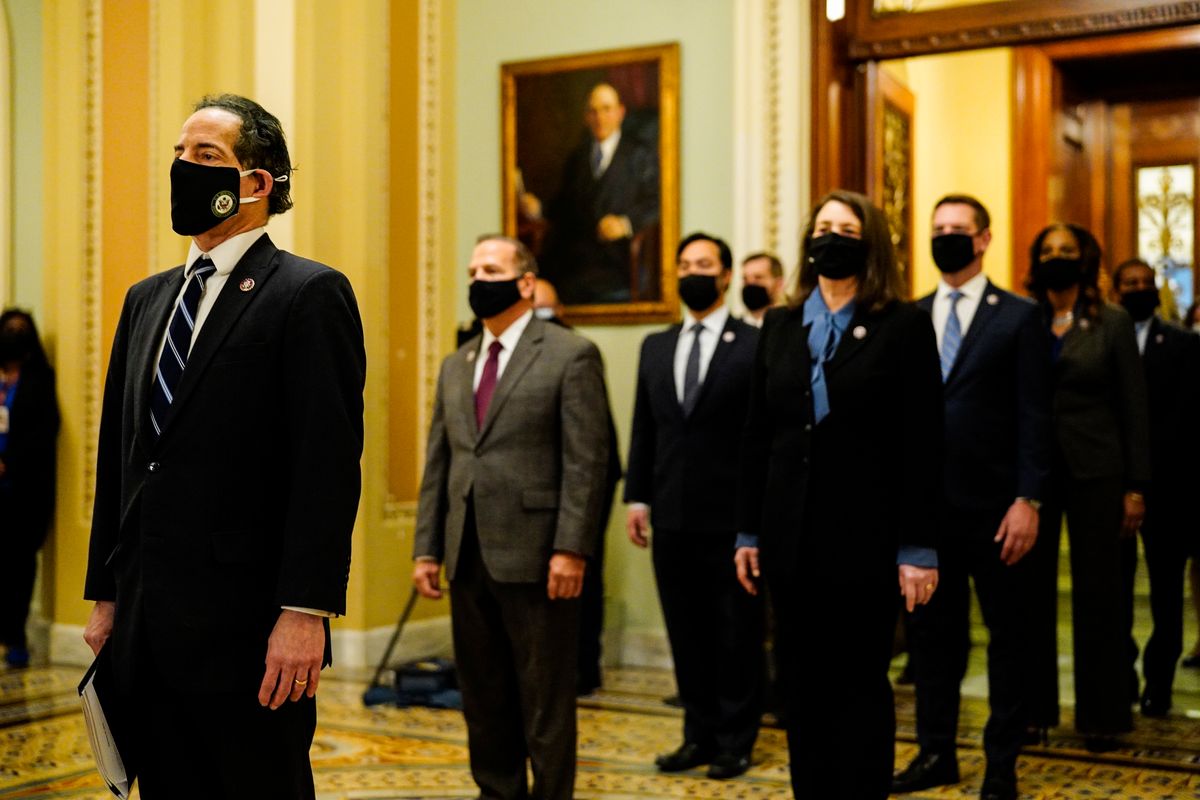 The House managers have declined to publicly detail their strategy for the trial, including whether they will move to seek testimony from witnesses. Most Senate Democrats, who are eager to finish the trial quickly, have said witnesses are not necessary because much of the House’s case relies on Trump’s public statements and actions.

During their presentations, the House managers are expected to rely heavily on videos showing Trump’s rhetoric leading up to Jan. 6, including his remarks the morning of the insurrection.

Under the current timeline, the Senate could vote on whether to convict Trump of the House’s charge as early as the beginning of next week.

Marianne LeVine contributed to this report.