After getting steamrolled by Democrats on President Joe Biden’s $1.9 trillion coronavirus aid plan, Republicans are planning to fight back. And it could mean an autumn of stalemates over raising the debt ceiling, spending cuts and unemployment benefits.

Despite overseeing trillions of dollars of red ink during Donald Trump’s presidency, the GOP is rediscovering its past embrace of fiscal discipline. And the party can exert itself on a series of politically painful votes where Democrats will need cooperation in the months ahead.

“What keeps me up at night is our national debt and how much we’re paying right now. So it is a huge concern,” said Sen. Roger Marshall (R-Kan.). “We’re certainly going to dig in on those issues.”

Unless Democrats somehow manage to scrap the filibuster, the 50-vote Senate Republican minority will find itself wielding impressive leverage against a president who pushed forward on a party-line Covid stimulus and aggravated many in the GOP. On big issues, Democrats are “going to have to negotiate at some point,” said Senate Minority Whip John Thune (R-S.D.).

“You’ll see a real focus now on making sure whatever we do going forward is targeted. And that the Democrats can’t just spend money willy-nilly,” Thune said. “They’re going to have to come to the table.”

The dynamics recall the rise of the tea party era in Washington, when the GOP used the 60-vote threshold needed for most Senate legislation to extract concessions from Democrats. Then-Vice President Biden cut a debt limit deal with Senate Republican Leader Mitch McConnell in 2011 that defined the GOP as the party of austerity during the Obama administration, an episode both men may end up reliving a decade later.

The Biden-McConnell talks were followed by a 2013 GOP push to defund Obamacare that resulted in a debilitating government shutdown. Trump’s presidency eased the Republican pursuit of deficit hawkishness, although his fixation on border security ended in the longest government shutdown in history in 2018. Following Trump’s defeat, some Republicans are already staking out hardline positions that threaten to cause showdowns over spending later this year.

“We’ve got plenty of big government Republicans. But if ever there was a time to talk about how much we’re spending, or at least how to offset that spending? Now is the time,” said Sen. John Kennedy (R-La.). “Will I have the entire conference behind me? I don’t know.” 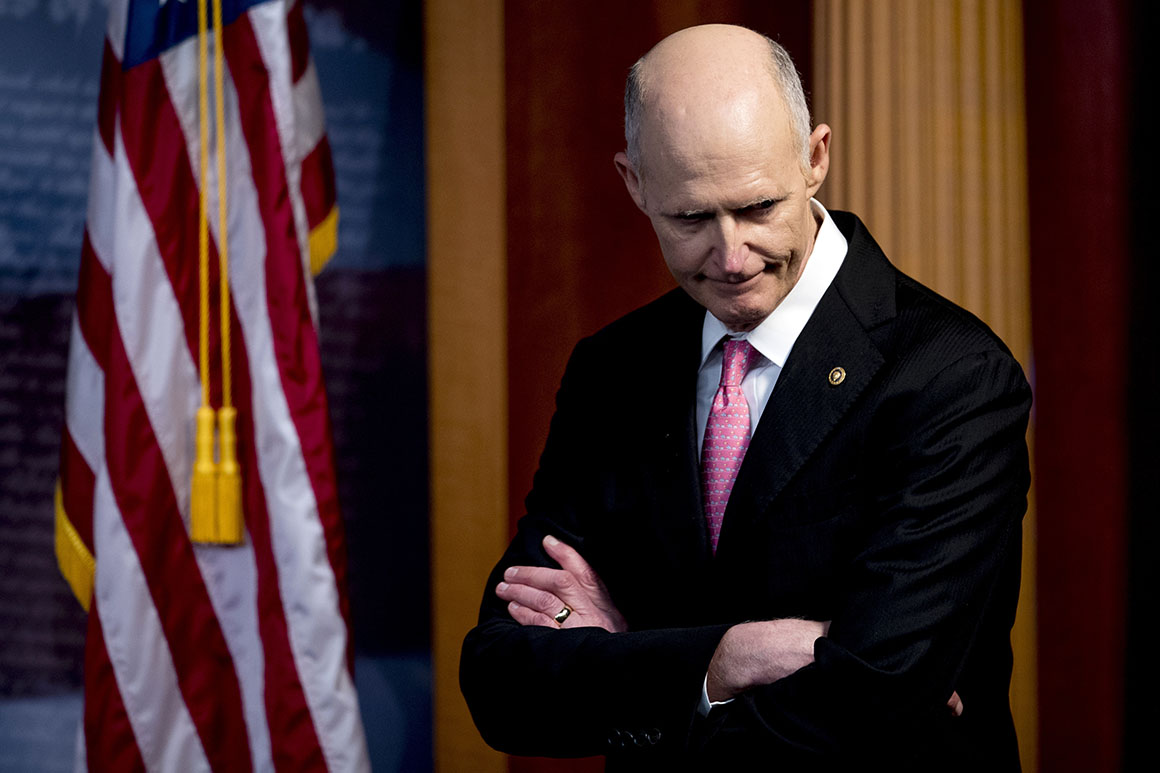 The GOP is also recoiling at Biden’s reported plan to pursue the first major hike of federal taxes in 30 years to help fund his economic revitalization — a White House effort that will likely pour gasoline on the Republican austerity reboot. That spells trouble for a bipartisan infrastructure and jobs package that Democrats and the White House are preparing in the coming months.

Tax increases of any kind are “not something people in Wyoming say they want to have happen,” Sen. John Barrasso, the chamber’s third-ranking Republican, said of his home-state voters. “This isn’t something that Republicans are going to want to get involved in.”

Biden’s party can use the maneuver known as budget reconciliation once more this year to shield a major measure from the filibuster, but that decision comes with limits. Infrastructure legislation is currently the favorite to get consideration on party-line votes in a second try at reconciliation. Tax hikes could be tucked into that bill as could a debt limit increase, though that has been rare in recent years. But no matter how Democrats deploy the year’s last shot to pass a big bill with a simple majority, negotiations with the GOP are unavoidable as long as the legislative filibuster lives.

Government funding is set to run out at the end of September, about three weeks after the expiration of the latest tranche of boosted federal unemployment benefits approved during Covid. Senate Democrats will need some Republican buy-in on a slate of annual appropriations bills to avoid a shutdown. The debt ceiling could hit right around the same time, according to the Bipartisan Policy Center.

Democrats have anticipated this GOP shift, ever since McConnell called for a “pause” on coronavirus relief last spring. And the passage of the massive Covid stimulus bill along party lines gives the looming fiscal confrontations an air of inevitability.

“Republicans clearly get religion on deficits and debt when they’re in the minority. They don’t give a crap about it when they’re running the place,” said Sen. Chris Murphy (D-Conn.). “I don’t know that the American people are going to be that interested in austerity.”

Sen. Tim Kaine (D-Va.) said that he “wouldn’t expect otherwise from Republicans” who are now ready to wring sacrifices out of his party before giving in on must-pass spending bills.

“They were not deficit hawks by a long shot when they were in control, but I’m realistic about what they are going to say now,” Kaine said.

An effort led by Democrats to revive earmarked spending could grease the skids for some GOP senators to support a government funding package as they rush to secure cash for pet projects at home. But restoration of the politically taboo earmark system could also run into resistance from the most deficit-conscious Republicans. Senators in both parties are still trying to navigate an agreement on that issue.

“There are some who are serving now who never lived in an earmark world,” said Sen. Shelley Moore Capito (R-W.Va.) when asked about Republican support for reviving earmarks.“ As a conference, we’re going to have a big discussion on this.”

By the end of the calendar year, both parties must also work to stave off a $36 billion cut to Medicare triggered by Biden’s coronavirus relief package — a consequence of the very same reconciliation process that Democrats used to pass the president’s bill without Republican support.

Typically those cuts are averted with bipartisan cooperation and little fanfare. House Democrats plan to take up legislation later this week that would waive them. But Rep. Jason Smith (R-Mo.), the party’s senior Budget Committee member, said any bill to waive the cuts should also trim big chunks of Biden’s stimulus.

Senate Republicans, 10 of whom will need to vote with Democrats to keep Medicare unscathed, are still mulling how to approach that cliff. Democrats could easily tuck a workaround in must-pass legislation, like annual spending bills. Sen. John Cornyn (R-Texas) said it might come up in the Senate earlier, however, as Democrats “dare people to vote against it.”

But for now there’s no clear plan to prevent a huge dent to the critical health insurance program for seniors. Some Democrats remain worried that Republicans will exploit the looming cuts.

“It’s a sleeper issue,” said Sen. Rob Portman (R-Ohio). “We didn’t have this conversation with them about how to resolve it. So it’s up in the air.”