President Joe Biden and congressional Democrats are taking a big gamble: that raising taxes can be popular.

As discussions heat up about how to pay for trillions in new spending on infrastructure, Biden and his party want to hike taxes on the wealthiest Americans and on companies that have evaded federal taxes for years. Poll after poll shows those proposals are broadly popular with voters, particularly amid a deadly pandemic that’s exacerbated the nation’s already stark economic divisions.

While Democrats acknowledge that touting a tax hike — even if it’s just for top earners — carries risk, they see a dramatic shift in the politics of taxing the rich that they’re ready to use to their benefit.

The public has “seen billionaires get richer, corporations get richer during the pandemic, while they’re suffering,” said Rep. Pramila Jayapal (D-Wash.), chair of the Congressional Progressive Caucus. “So I think that’s what we have to continue to lean into.”

Leaning in so sharply isn’t easy, and angst is rising as some Democrats press for a more aggressive message that can cut through GOP attack ads and protect their most vulnerable members next November. Those House Democrats aren’t exaggerating the stakes of the moment. With just a handful of seats keeping Democrats in the majority and the GOP once again eager to weaponize cries of “socialism” on the trail, the party’s $4 trillion-plus infrastructure package is inextricably linked to its midterm fate.

“Open borders, higher taxes, deficit spending. … If we’re not careful, we’re giving them all the narratives to campaign against us,” said swing-district Rep. Henry Cuellar (D-Texas). Even so, he backed the overall approach to taxation: “I agree that everybody needs to pay their fair share.” 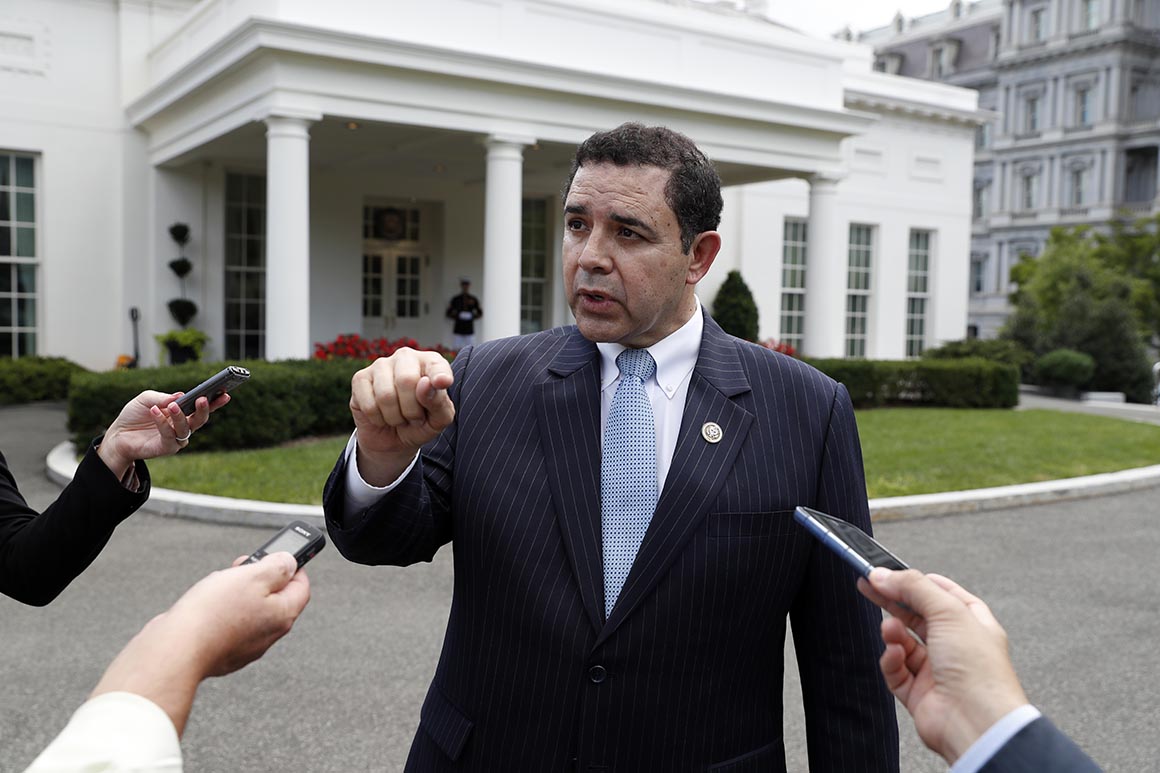 Lobbyists and executives are bullish on their chances of peeling off enough moderate Democrats to quash Biden’s proposed hikes. But the key to success, some Democrats say, will be going on the offensive about their tax plans while hammering home that years of GOP policies — specifically, the 2017 tax cuts that largely benefited the rich — are to blame for many Americans feeling neglected in the virus-stricken economy.

People “get it,” said Rep. Dan Kildee (D-Mich.). “They definitely understand the equity argument. It comes up all the time.”

There’s already some evidence that Democrats can prevail by being blunt about tax burdens designed to fall on the wealthy, according to John Anzalone, a top pollster for the Biden campaign in 2020. Anzalone said Biden forcefully countered Trump’s false claims on Democrats’ plans to raise taxes, changing his focus to those making over $400,000 — winning the White House in the process.

“[Democrats] often are nervous on taxes. I get it. We’ve been hit on it for 30 years,” said Anzalone, whose firm, ALG Research, also works with dozens of congressional Democrats. “But you have an issue that two-thirds of people are with you on. You have to take control of it. … This is middle class people being pissed off that they’re always the ones shouldering the burden.”

The details of Biden’s infrastructure bill are far from settled, as the White House remains in talks with Republicans about a potential bipartisan deal. That scenario is still unlikely — GOP leaders have vowed to oppose any rollbacks of their signature tax law — but, if it happens, would radically change the conversation about how to pay for revitalized highways or airports.

Privately, though, many Democrats expect they will need to pass some version of Biden’s plan on their own, potentially using revenues that result from repealing some of those Trump-era Republican tax cuts. With the narrowest of margins in Congress, that will require Democrats to achieve near-unanimity on their proposal, including details of who and how much to tax.

“I think raising taxes when we’re recovering from a pandemic is problematic,” said centrist Rep. Kurt Schrader (D-Ore.), adding that his party has to be careful with how high it raises rates. But he added that “most Americans would be okay with some limited increases, particularly having people pay their fair share.”

Biden’s plan includes some dramatic hikes. Taxes on investment gains would nearly double, for instance, to a higher rate than any time since the Carter administration. The tax rate on corporations would rise to 28 percent, from the current level of 21 percent, although Sen. Joe Manchin (D-W.Va.) — and several other moderates — have indicated resistance to going above 25 percent.

As major as those increases appear, Democrats say context is key: The corporate rate was 35 percent just four years ago.

“It’s important for people to understand this isn’t some radical new idea,” said Rep. Susan Wild (D-Pa.), who represents a tough swing district and backs many of Biden’s tax changes. “This is not socialism. This is, ‘How do we pay for things that we actually need?'”

Some Democrats are already urging their colleagues to tweak their tax strategy. Rep. Lloyd Doggett (D-Texas), for instance, recently told his colleagues on a private caucus call that the party should rebrand their tax ideas around “reform” rather than repeating the “fairness” argument.

There’s also the fear of muddled messaging, as some Democrats push for certain kinds of tax relief for their specific districts while supporting hikes that hit other areas harder. Lawmakers from New York, New Jersey and other high-tax states, for instance, are demanding the return of the state and local tax deduction — a tax break that primarily benefits wealthier residents of those states.

That deduction has split progressives in Congress, many of whom have pushed for decades for higher taxes on wealthier Americans regardless of the state.

Rep. Jamaal Bowman (D-N.Y.), an outspoken liberal who supports restoring the state and local deduction, said the issue is more complicated than it seems.

“That disproportionately benefits the wealthy, sure. But there are tens of thousands [of families] in my district alone who will also benefit from” the deduction, Bowman said, adding that curbing it is “not the only way to make sure the wealthy pay their fair share.”

Biden and Democrats’ vocal pitch for higher tax rates on the wealthy reflects a remarkable political shift in the last decade or so. As recently as Biden’s vice presidency, the party led by then-President Barack Obama had agreed to extend much of the personal and corporate tax cuts from the George W. Bush administration.

One thing that’s changed between now and then is a growing public awareness of tax avoidance by the wealthy and major corporations. “People really understand very clearly. It’s not fair to hide billions of dollars overseas, and not pay federal taxes. That’s very popular,” Bowman said.

And as Biden and his party increasingly lean into a case for tax fairness to sell their proposed hikes on corporations and the wealthy, it also helps that the GOP is taking its own potentially perilous approach in bipartisan talks.

Republicans say they’re more interested in “user fees,” such as raising the gas tax or imposing a new vehicles-miles-traveled charge for electric cars, although some Democrats have argued those would impact more Americans than a wealth-based tax.

“You won’t find any Republicans who want to raise taxes. Raising taxes would be the biggest mistake you could make,” House Minority Leader Kevin McCarthy told reporters, referring to individual and corporate income taxes.

Several senior Democrats have pushed back, arguing that user fees are taxes by another name and that Republicans aren’t willing to consider other options.

“A user fee is a tax on working-class Americans, and we don’t support that,” House Democratic Caucus Chair Hakeem Jeffries (D-N.Y.) told reporters.